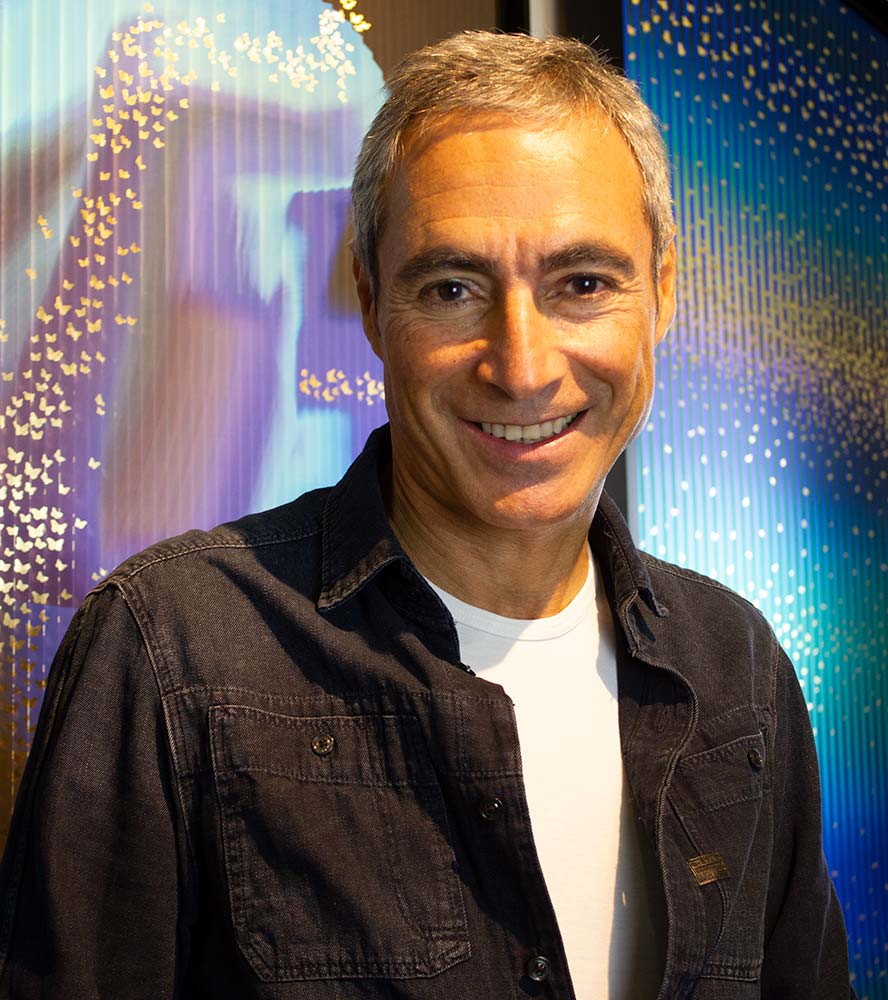 Born in Paris in 1960, Patrick Rubinstein is a well-renowned kinetic artist whose pieces are instantly recognisable. His childhood had a great impact on him and would later highly influence his artistic trajectory.

Born in the midst of the counterculture of the 60s, Patrick lived the explosion of British rock, cinema and the emergent Pop culture. The social and political flamboyance of those years, coupled with the revolution in all social norms helped Patrick experience a breaking free from traditional thinking pattern.

His family environment was another pivotal aspect that would feed his artistic language forever. Growing up in a family that made him perceptive to art at an early age, Patrick Rubinstein acquired the passion for cinema from his mother, and inherited the inventive spirit from his father, who was also the first to introduce to him the techniques of kinetic art.

His art perfectly blends creativity and innovation to create an animated perspective in his pieces. His themes are motion based. He focuses on what he calls the Double/Triple Principle, where two/three images appear to blend into one. This technique uses avant-garde methods including layering and angles.

The Double Principle depicts the fusion of two images designed to blend into one. This newly merged image is applied on a medium in accordion configuration. The application on this medium recreates, at 45° angle, the two original images that can be seen from both sides. Several other images, revealed through interlacing of the two views, become visible as spectator moves around the artwork.

The Triple Principle depicts three images, one central and two laterals. The side views are created by strips inserted perpendicular to the central image. Two distinct images are visible, from both sides at 45° angle. This technique allows visual variations when the spectator moves around the work, while maintaining defined sight of the central image.

The result of these two techniques is captivating, giving the artworks an animated and perpetually metamorphosing aspect. The movement is not the only element that affects visual variation, but the light direction and intensity also contribute to the artwork’s kinetic effect. Rubinstein’s creations are famous for his diverse style that represents a mixture of paintings, photos, images, and portraits. 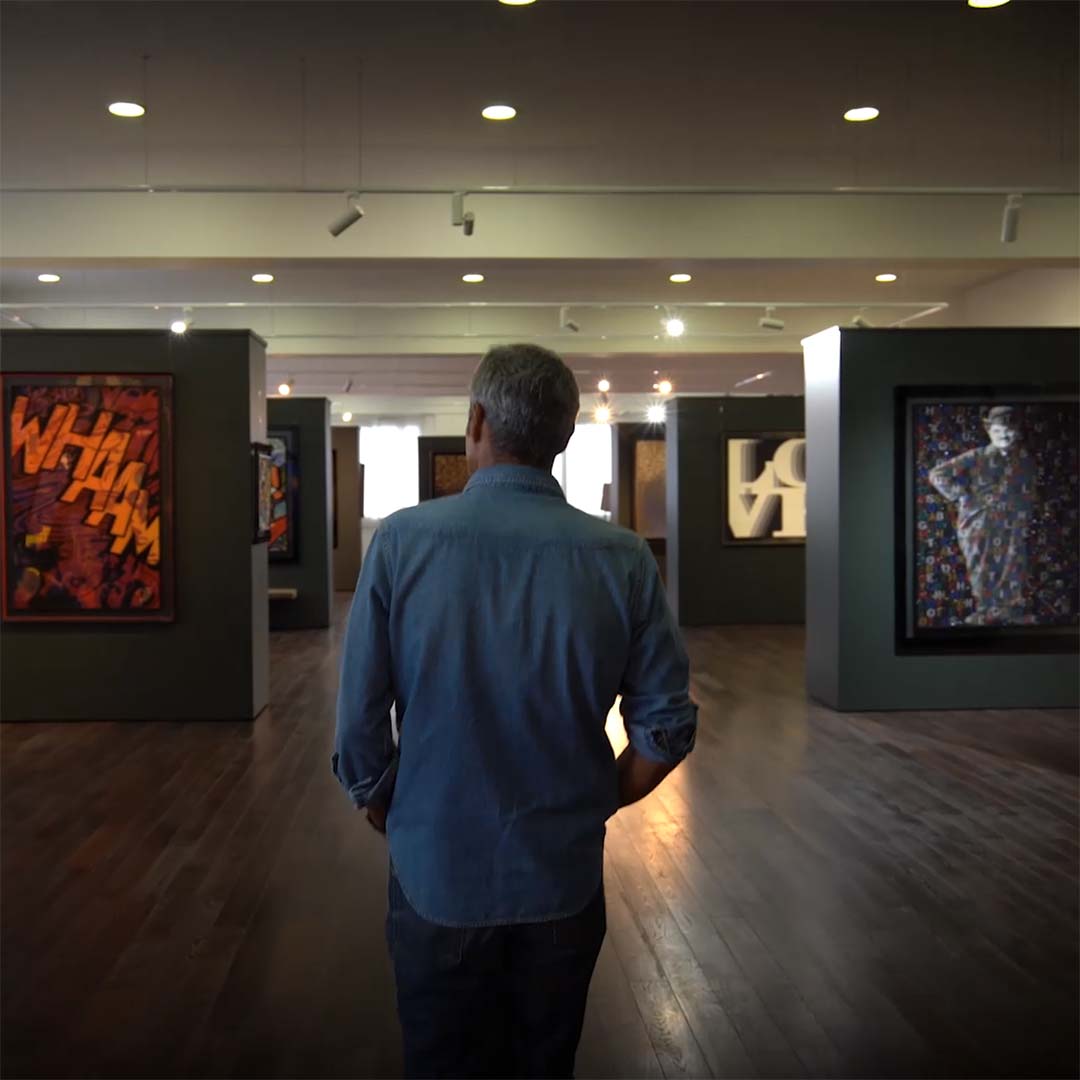 His artworks are focused not on the process itself, but rather on what the work represents and which emotions it triggers. He masters the approach in which he combines two or more psychedelic contrast images into one portrait. As someone who works on the concept of the Opt Art his creations are actually optical illusions and games that offer multidimensional views, depending on the angle.

At the same time, juxtaposing vibrant colors combined with black and white cause multiple emotions and triggers reactions, which are the main focus of his art. The movement and change in all his works confirm his statement that he doesn’t like static art. He succeeds to make images look alive, by developing a kinetic universe, with the help of Surrealism, street art, pop art, and Renaissance. 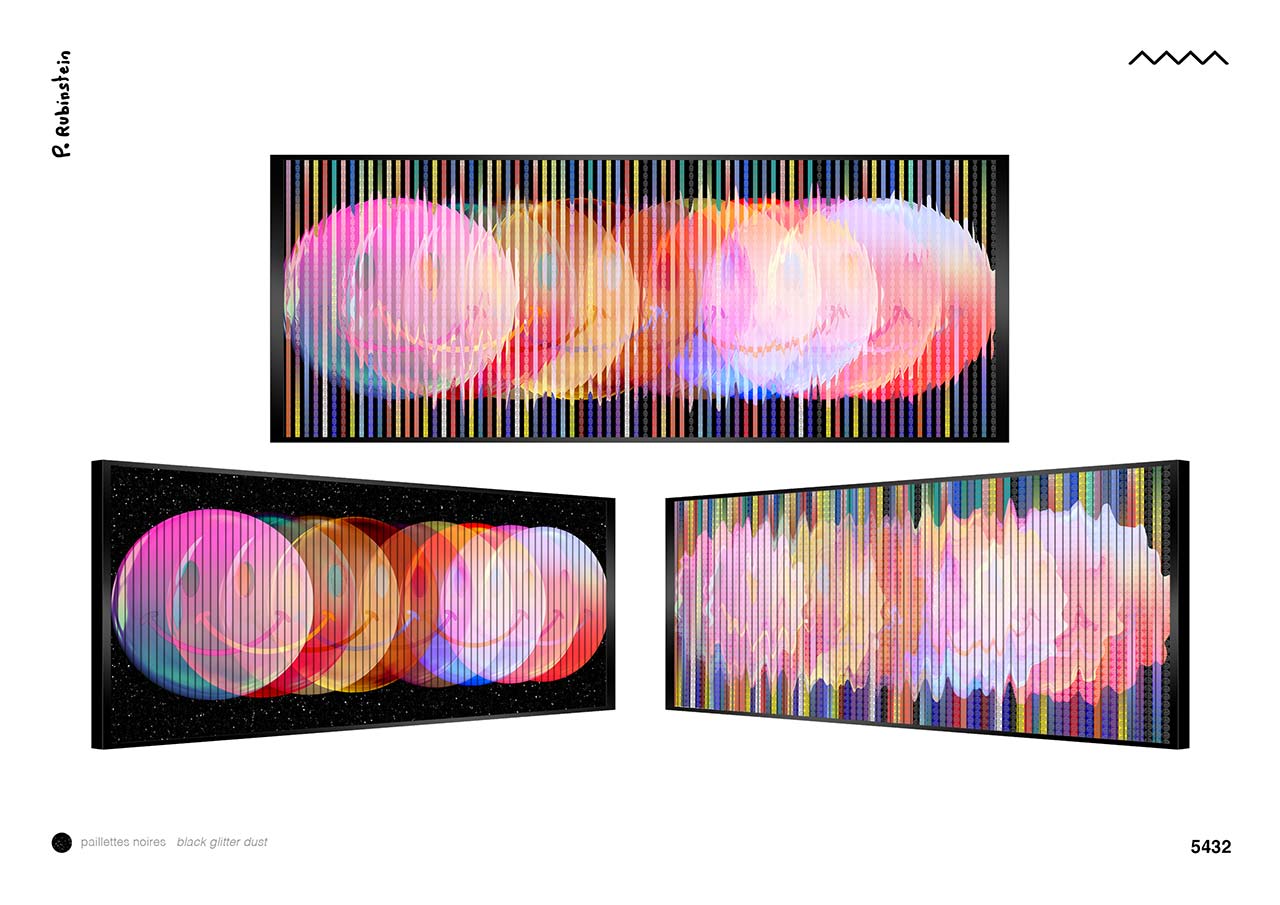 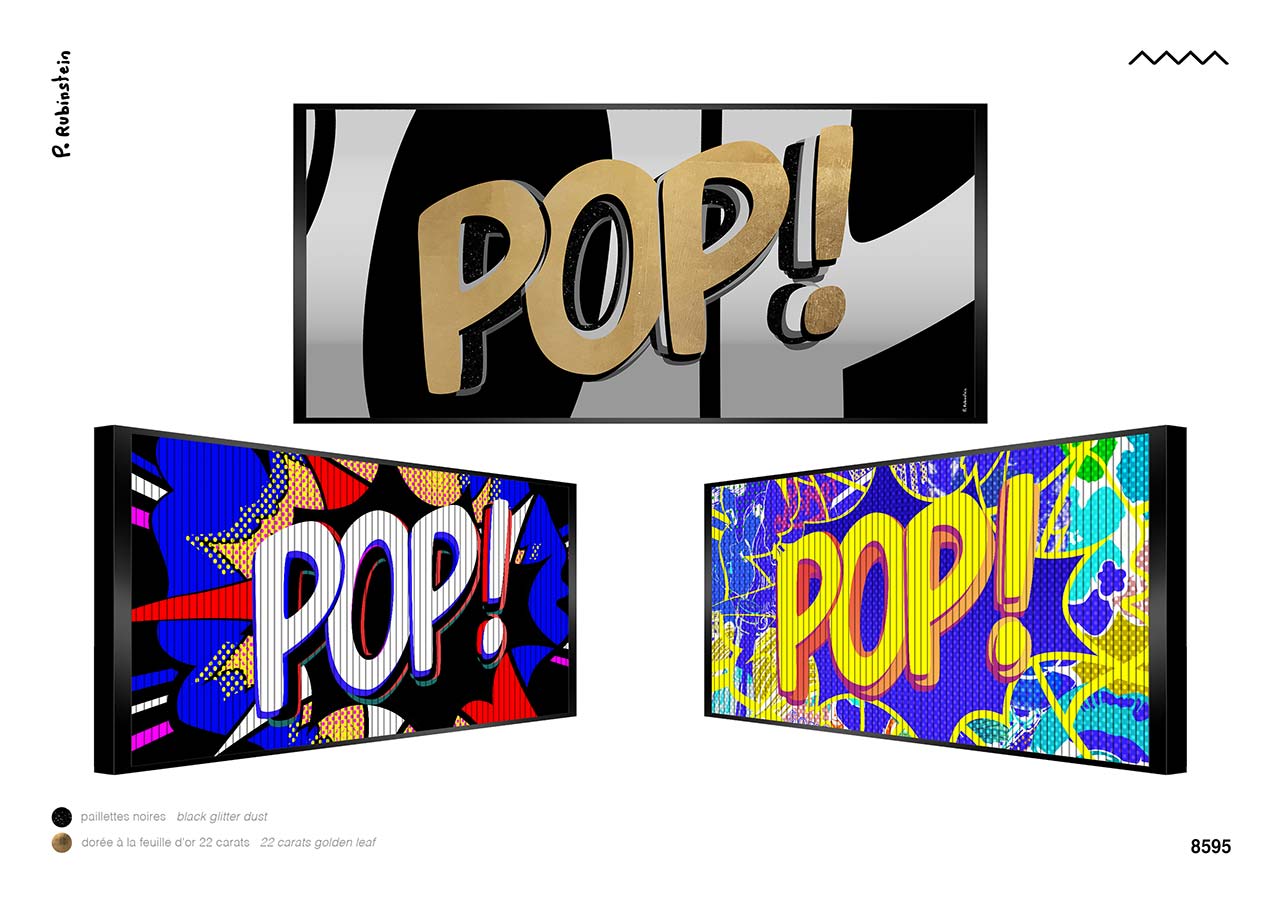 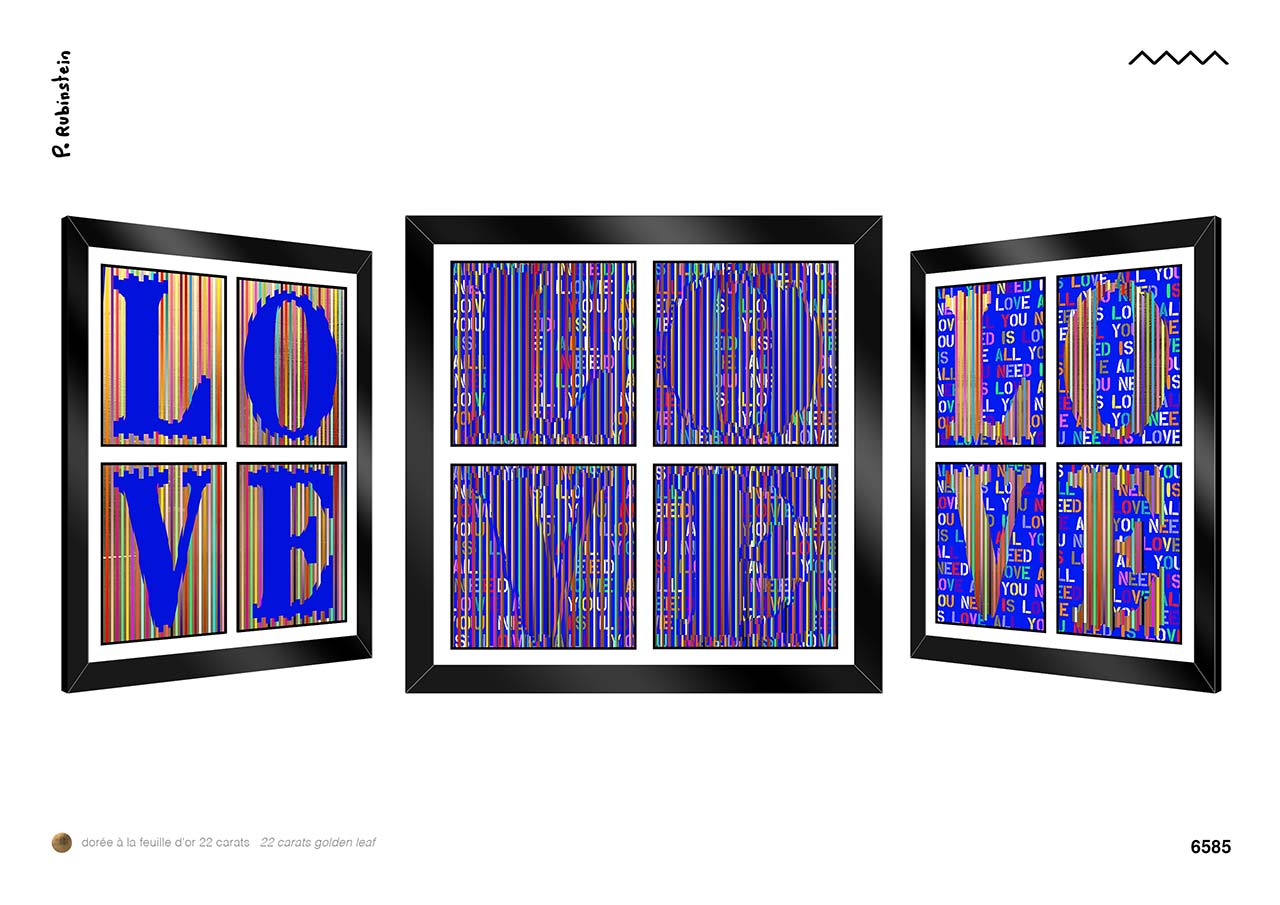 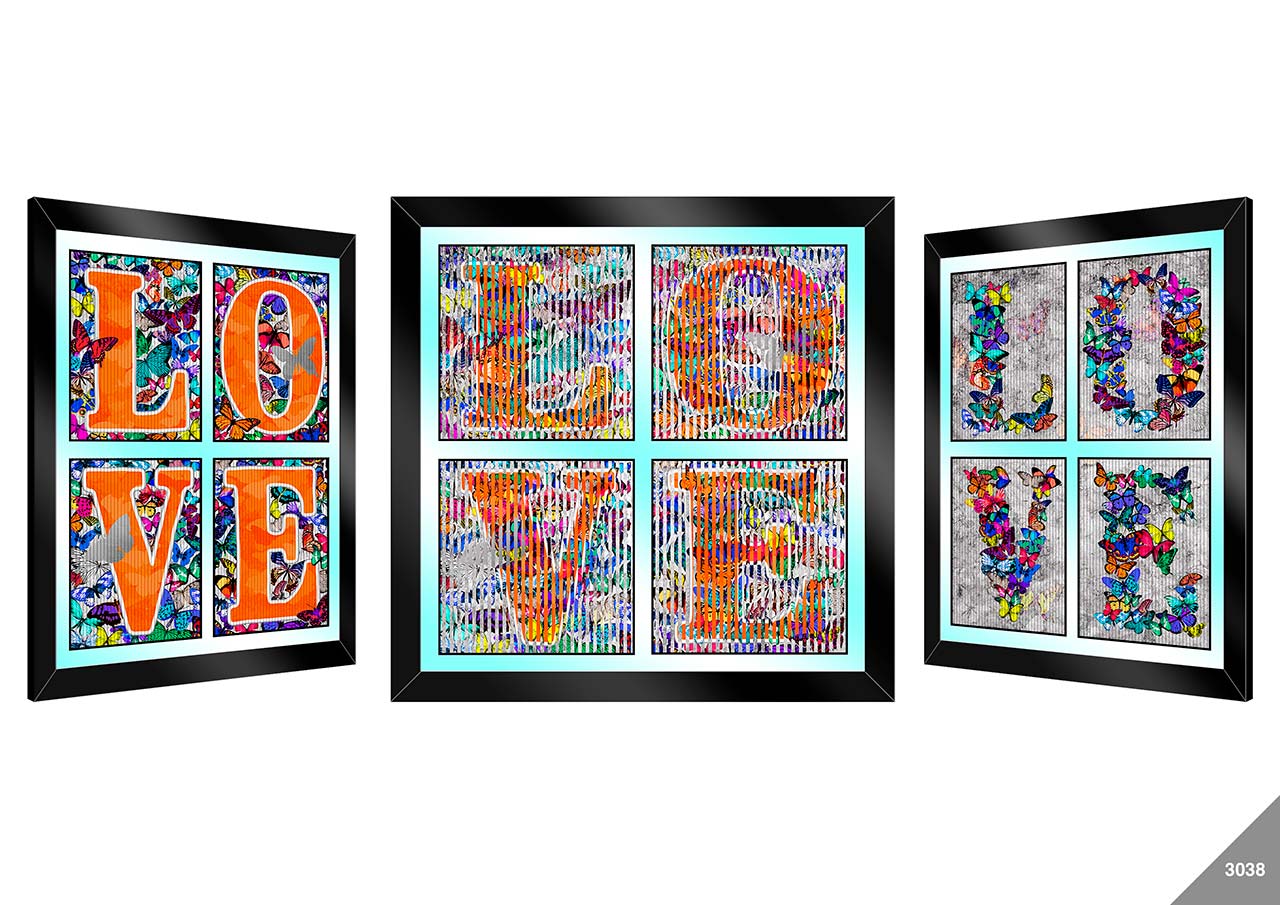 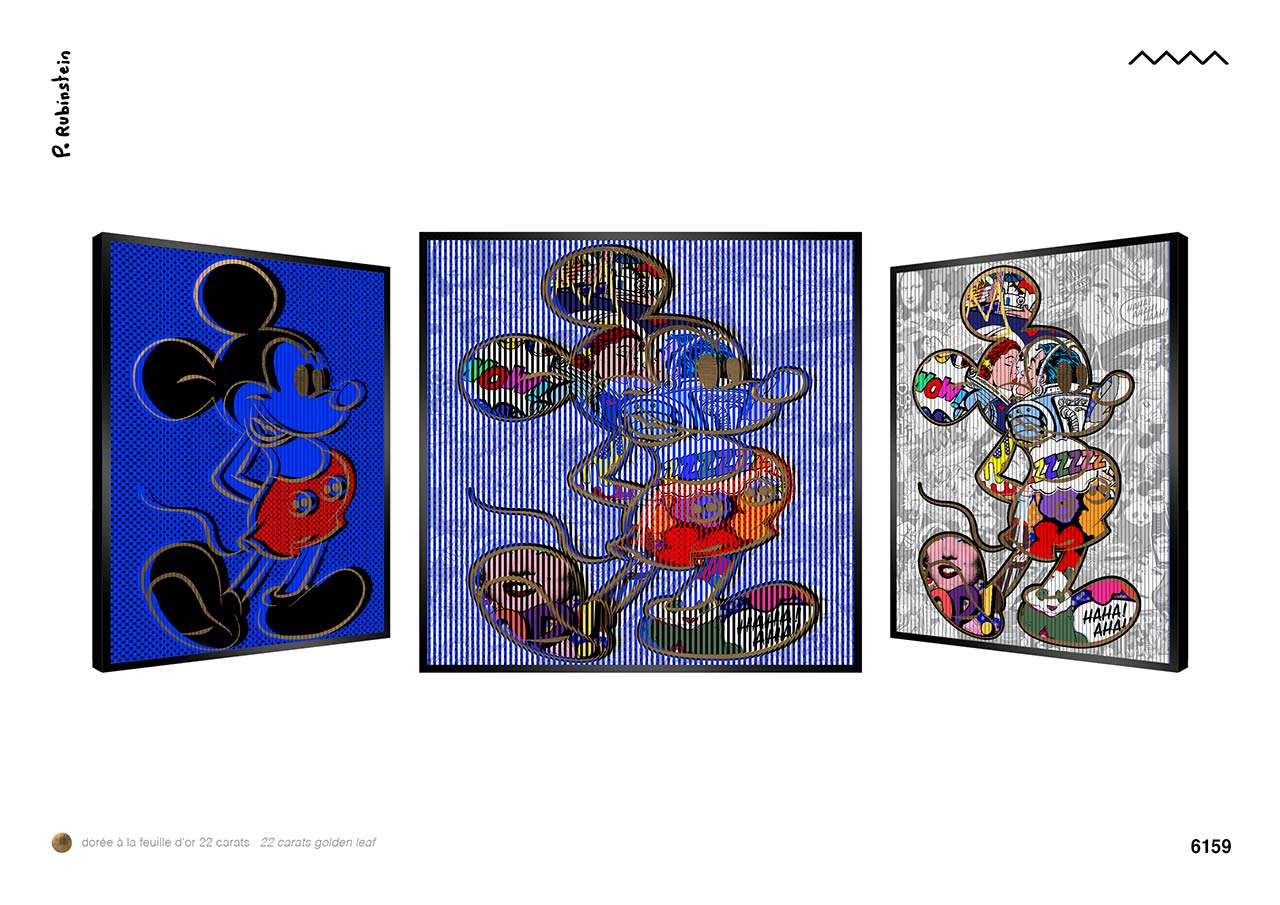 MICK IS THE KEY 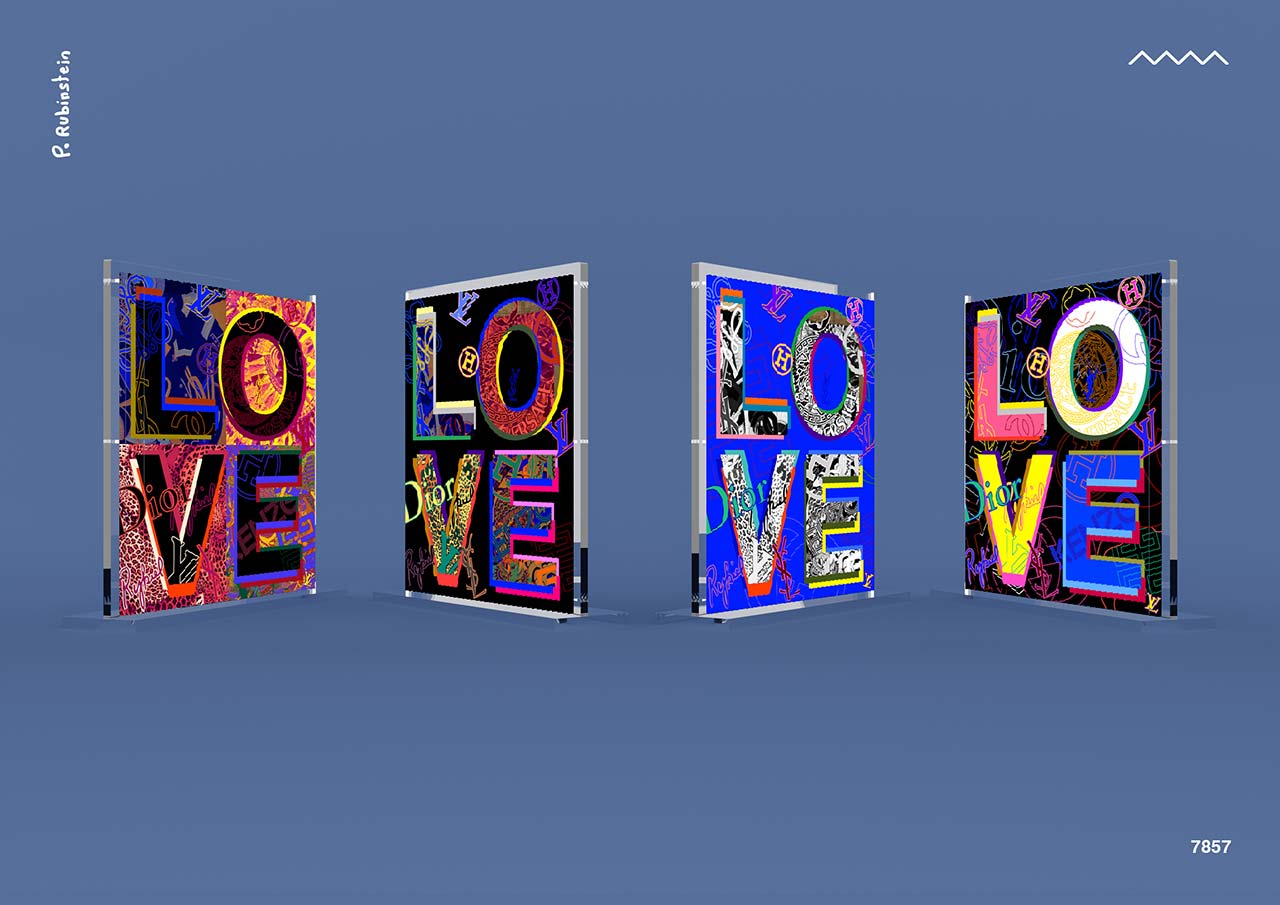 kinetic sculpture – one of a kind original artwork

Know more with the latest news from blizz art gallery

Subscribe to our newsletter and you’ll be kept up to date with the latest news about Isabelle Scheltjens and the Blizz Art Gallery.

Know more with the latest news from blizz art gallery

Subscribe to our newsletter and you’ll be kept up to date with the latest news about Isabelle Scheltjens and the Blizz Art Gallery.